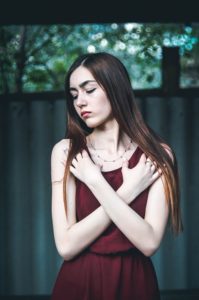 Throughout your life you will undoubtedly make many mistakes.

Many times things will happen that you will, with all your heart, wish you could simply undo five minutes later. But the past has passed and is now only a memory, so the only way to change it is to start from the only place that is real – this moment.

The subconscious mind carries within it many negative habitual patterns and programs that direct your thoughts, emotions and consequently, your actions.
Because the strongest of these programs are intertwined with deep emotional imprints (fear, anger, sadness…) it is no easy task to prevent them from coming into manifestation.

A man or woman, cheated on by their partner, full of anger and hate, could do things few people (including themselves) could possibly imagine they are capable of.

Because of a lack of consciousness the actions taken would most likely be something they would later deeply regret. The reaction to the situation would not be one coming from peace, but one that stems from a negative conditioned program in the mind and as such would lead to destructive consequences for both the perpetrator and the victim(s).

In intense situations like that, a very high degree of presence, of conscious awareness is required in order for the preconditioned response to not kick in and wreak havoc and violence through you, onto you and others.

Frequently the conscious awareness is not there and the actions happen as they do, spontaneously arising from the habitual response in the subconscious mind. It is in the aftermath of these moments that one must learn to forgive themselves, for ultimately they themselves cannot even be said to have been perpetrators of any outwardly or inwardly destructive act, but were simply the catalysts through which an old karmic (conditioned) energy came into being that they were at that moment unable to stop. Because of this lack of conscious awareness, they became consumed by this energy and blinded by the fog that it cast over their mind.

Whether we are talking about small things, such as forgetting to brush your teeth, forgetting that deadline, not studying and failing that test,….or big things such as theft and murder, the same always applies. Forgive yourself, always unconditionally, because if you knew then what you know know, you would not have done what you have done. But that was sadly, impossible, since you were only partially conscious when it happened and mostly ruled by your past mind patterns.

Indeed one could say you always do things to do the best of your ability. Even when it seems this is not so, that feeling is a lie – for you always act in a way that you feel is best for you and will take you to happiness and freedom – even if your thinking on how to get there is completely flawed and your mind covered in a fog of delusion.

You do and always will act based on the knowledge you have, the level of consciousness you posses, your inner emotional drive and the environment you have found yourself in – in what you see as your best good, in the way you deem is most appropriate for the situation at hand.

Thus you never fail. You never really can.

Forgiving yourself means knowing this and accepting yourself, loving yourself unconditionally. Whether you perceive what you have done in the past or are doing in the present as positive or negative – self acceptance, which in its deepest form is self-love, will transform any and all present and future actions into a flow that is in alignment with the best and highest good of the all.

Become aware of any anger you have towards yourself and let it go . You can do so by becoming aware of all its particularities yourself or using a process of releasing (Triple Welcoming Process for example) to help you identify them and drop them. You can also simply make a conscious choice to accept and love yourself unconditionally.

Ultimately, you have to realize that you will always act in a way that you believe will bring you closer to happiness and fulfillment, whatever that means to you. Even when you come to the point where you are completely selfless and acting with total love and compassion, you are still acting in a way that will bring you happiness and peace – only now you have evolved to a point where you find your greatest happiness in sharing and being love. This happens because now you see the other as part of yourself as well.

I would like to share with you a quote about forgiveness that captures its very essence and is thus very fond to me:

3 thoughts on “Forgiving Yourself for Your Past Mistakes Unconditionally”