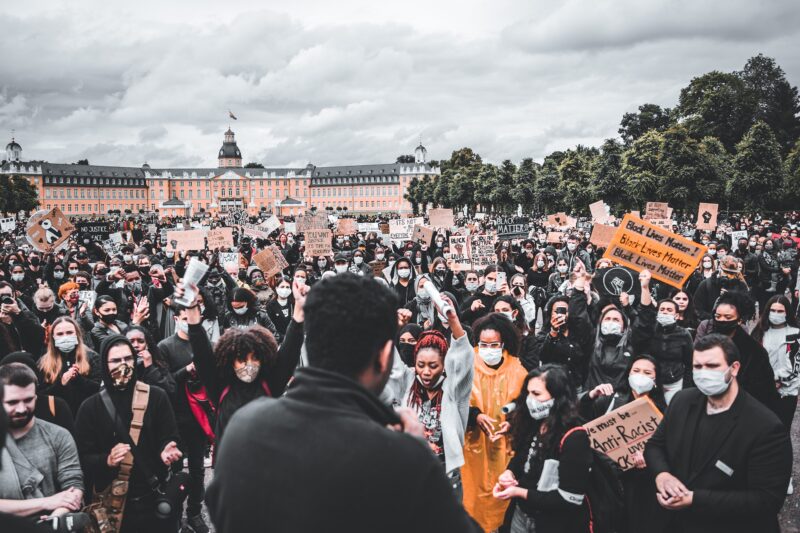 As a novel virus hit our world and brought it to a halt, exacerbating and often boiling over long simmering social inequalities and tensions while renewing geopolitical and economic uncertainties, many clamor to bring our world back to its previous state.

“The New Normal” portrayed by the media and politicians as inevitable is rejected, while instead a nostalgic yearning to come back to a state of previous normalcy is seen as desirable. While a new status quo based on the desires of an authoritarian few (aka. “The New Normal”) is by no means a desired outcome for the populace on this planet, neither is a return to some seemingly blissful past, one often seen through rose-colored glasses, especially when contrasted by the ever-growing insanity of today.

The world has not been normal for a while. To a conscious observer the insanity based on a sense of separation could be traced as far back as the dawn of civilization. However through the industrial revolution, the mass rise of production, the population boom and the glorification of technology as the ultimate savior from humanity’s own ignorance, the ramifications and expression of this insanity have risen exponentially. 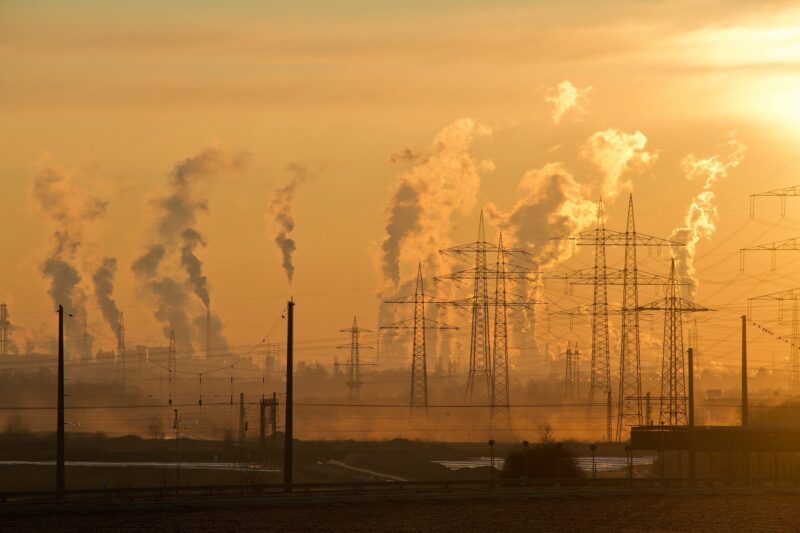 The massive ecological destruction of our planet coupled with the scavenging of resources as if they were meant solely for human civilization, as if indeed no other life existed on this planet except for us; the many conflicts ongoing on this planet for millennia (with war itself quite likely being connected to the rise of human civilization based on separation and not inherent in human nature); the abundance of food and water in some areas in contrast to the extreme impoverishment and death in others; not to mention the rapidly rising rates of depression, suicide and mental illness, especially in first world nations ; any sense of community gone, intellectual, emotional and spiritual impoverishment being the norm.

The normal so nostalgically sought after never truly existed. Merely bubbles of normality within isolated areas of our planet, isolated aspects of our society. However our world and our society does not and cannot exist in isolation. When the many suffer for the passing pleasures of the few, when the Earth itself is ravaged for our temporary satisfaction, when we postpone our deepest problems with new technological fixes that simply create even more issues to solve – the karmic cycle, where every action has an opposite reaction, sooner or later completes itself. As the wild party of today will lead to an inevitable hangover tomorrow, as the temporary, superficial pleasure of eating junk food will lead to obesity and ill health, as the one-night-stand will lead to feelings of regret and emptiness… so too the laws of cause and effect will trample any human civilization that does not take into account the bigger picture. A civilization that does not acknowledge consequences for its actions, that sees itself as completely separate from the world at large.

The Ending of Illusion, the Bursting of the Bubble

This illusion of normality, this artificial bubble reality, fueled by spectacle and superficial entertainment was never true normality. The only difference now is that the bubble has started to burst, as the walls of illusion cannot hold reality out for very long anymore. Much like the walls of the personal egoic mind cannot resist deeper emotional states that disturb and challenge it, the buried traumas, shadows and even potentials, forever. As within so without, as above so below. Sooner or later the dam must break and reality comes flooding in.

A world in harmony could never be so easily perturbed by a mere virus and the hysteria surrounding it (the source of the virus, whether natural or artificial being irrelevant to this matter). A healthy social, economic and political structure would meet such challenges face on and overcome them. The mere fact that this is not so shows how broken this world truly is, how fragile our society, and all of our individual psyches that compose it. Psyches that endlessly seek happiness and peace within the uncertain waters of our external world, where it can never truly be found.

As in the individual, so in the collective. Since so many are living on the inner breaking point, on the psychological edge of anxiety, tears, anger and sometimes total breakdown; since our ego-centered reality is far more fragile than we could possibly imagine; since our points of external reference for happiness and love, our relationships, careers and general circumstances, can so easily disappear – we are always merely one crisis away from a new massive global breakdown. 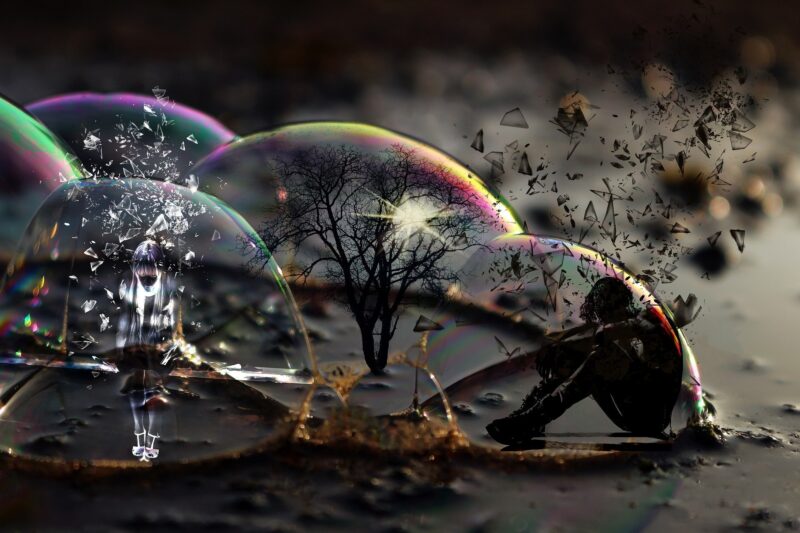 The crisis we see now is merely the unraveling of illusion, the popping of the bubble, the breakdown of the wall between what we believe reality is and what it actually is, between who we believe we are and who we truly are. In that sense it is a good thing, a catharsis, an awakening to something deeper and more authentic, a dark-night of the soul before the realization of the light. Thus it much akin to a spiritual crisis of an individual, where he realizes the transience of reality around him, of the reference points he has made within this world and of his own self. In this way we are collectively realizing the same for the nature of our society, of its fakeness, superficiality, lack of authenticity and compassion, sense of separation and general destructive nature.

Illusions must be allowed to falter, fall and fail in order for something new to be born. The idea that we are separate from each-other, from nature and from the rest of the Cosmos is being gradually eroded by ever-deepening crises. The idea that our exploitation of the world or one another brings us true satisfaction or happiness is being dissolved. Seeing ourselves as totally discrete and separate entities in a hostile world is a mirage, an illusion created by the human mind. By observing through this illusion we have seen the world as inherently dark, dead and alien to us. By acting through this illusion we have wrought such destruction on this planet that no other life form living on it could have ever imagined in their wildest dreams. By seeing peace, contentment, happiness, even love, as external phenomena, as something to be found outside ourselves, we have exploited and consumed in a manner unfathomable to any rational, conscious observer.

It is time to stop. It is time to realize the deeper causes of our current crisis, rooted in our misconception of ourselves as separate from the All. The misconception of who we are, the misconception of what we seek, what bring us true fulfillment, happiness, peace. In reality, these are all interconnected, for finding the stillness brings one to find the unity and to find themselves. In the depths of the heart, in the space and stillness of the present, is where our liberation lies – are we courageous enough to find it, or will our illusions, habituated into our lives, reign supreme? 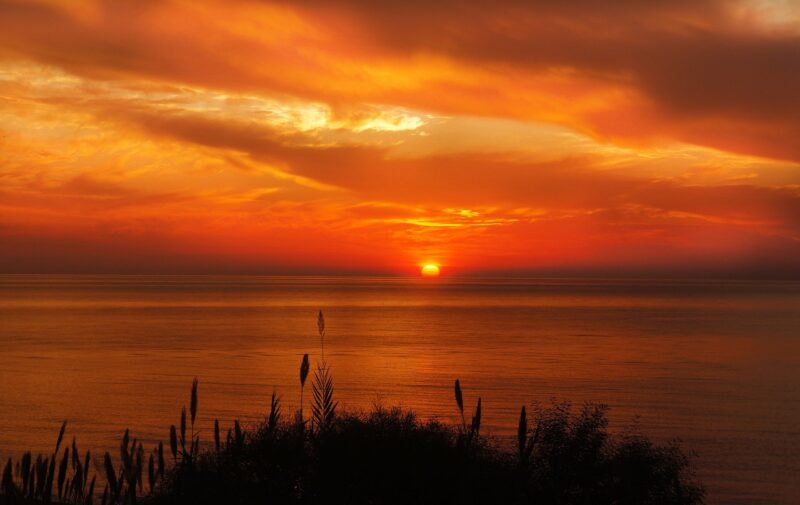 If you wish to gain an in-depth understanding on the sources of human ignorance and madness that this article touches on, as well as their possible transcendence, I would highly recommend two books:

*Both books are readily available for purchase and I would encourage you to purchase them to support the authors if you enjoy the works. However I am here linking the free versions, as it is of paramount importance that this information is disseminated as widely as possible (though Charles has already proactively made his book available for free due to his belief in a gifting economy).

4 thoughts on “Our Society Cannot Return to Normal, As It Was Never Normal to Begin With”